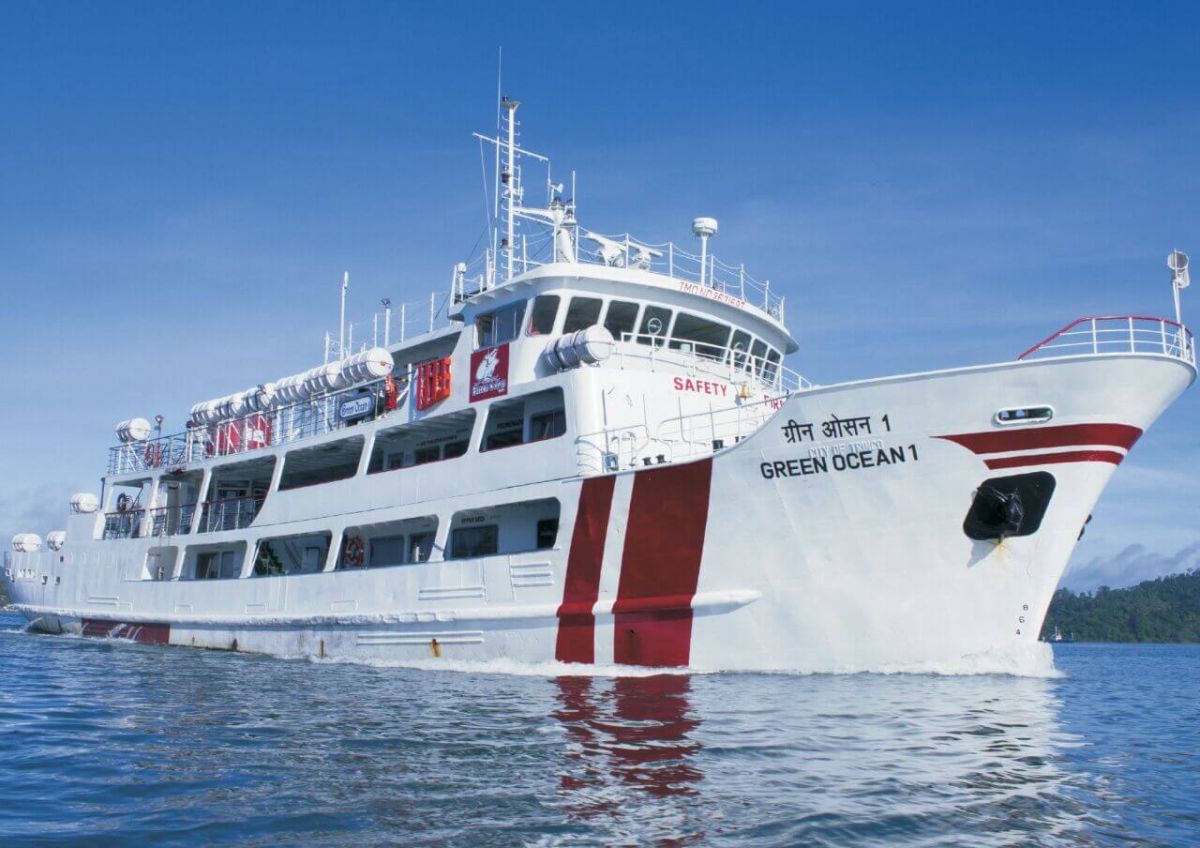 Andaman Island floats in the Bay of Bengal and remains divided from India's coastal boundaries by road. That leaves us with only two means to reach this cluster of Islands, one via ferry/ship that takes you from various ports to Port Blair and the other is via air travel. In comparison, the ferry takes around three to four days to reach Port Blair Harbor. In contrast, the aeroplane takes 3 to 6 hours depending on the Departure City, so air travel is the most popular and appropriate means to travel to the Andaman & Nicobar Territory.

Havelock Island lies 70 kilometres northeast of Port Blair, the capital city of Andaman and Nicobar islands. Owing to its geography, Havelock is not connected to other islands via roads, tendering sea route as the likely mode of transport. If you are travelling from Chennai, Kolkata, Or Delhi, you have an advantage of boarding in a direct flight, but if you are coming from any other city or town, you will have to first reach one of these airports to catch a flight to Port Blair. One of the frequently asked questions among travellers remains How to Reach Havelock Island from Port Blair.

Getting around on an island is a tad bit different from travelling within a city. First, people here are quite helpful, not that you would require much help due to the simple local transport system. The beaches in Havelock have numbers assigned to their names, and the roads are set-straight devoid of any traffic.The journey from Port Blair to Havelock takes less than 2 hours. Travellers can choose between government/private ferries. Green Ocean 1 ferry for Havelock Island and Neil Island. For transport from Port Blair to Havelock Island, take luxurious air-conditioned ferries or cruises to reach approximately ninety minutes. However, these private ferries are a bit on an expensive side but are the most convenient transportation mode from island to island in the Andaman Islands.

There are economical government ferry services available as well. Still, it takes a pretty long time of about 2.5 hours, so travellers often discard this option and opt for travelling via a private ferry. There is also a possibility of travelling by air through the operative choppers operated by Pawan Hans, a government body. Though choppers are not very common amongst the travellers those who suffer from seasickness may opt for the same with the advanced arrangements. Transport from Port Blair to Havelock Island has plenty of options; you have to book all your ferry tickets in advance, especially during peak season as last-minute bookings are dicey in this region. In short, to reach Havelock Island from Port Blair, you have to first land on the Port Blair Airport. From there you have to drive to the Port Blair Jetty. From Port Blair Jetty a private Cruise or a government ferry would sail you to Havelock Island ( Swaraj Dweep ) Harbor.

You can again reach the Havelock Island Beach Resort in a chauffeur-driven car arranged by the Resort which is only 1 kilometre away from the Harbour of Havelock Island.

Getting married in Andaman Island is every girl’s dream. Romantic couples, who want their special day to be the biggest day of their life and unforgettable for their family and friends as well, choose to have the wedding of the century in the Indian union territory. But beach weddings where you say your vows in front of an azure ocean are overrated. So now, the island’s wedding business has gone under. We mean underwater!!

Have you ever thought of having some rare wedding shots taken in the crystal clear blueness of Havelock Island (renamed to Swaraj Dweep in 2018)? It is totally possible! We present here the step-by-step guide to get hitched under the sea.

So take a deep breath. Here we go!

Don’t underestimate how hard this is, ladies and gentlemen! The initial step of turning your dream of having that very special underwater wedding into reality is convincing your better half, who will probably get as excited about the whole idea as you are. You should make them understand that having such a wedding is an incredible once-in-a-lifetime experience. We mean, who among your and their friends or family members has done it before. Any other form of

When we think about a destination wedding, all kinds of options start popping into our head right from royal palace weddings to stunning weddings on the seashore. The choices are endless. Among all the avenues, a beach destination wedding is something that everyone likes the most, including couples and their families.

Are you also looking for a perfect beach destination wedding location? We understand you and thus, we present to you the top five locations in India. And no, Goa is not the only 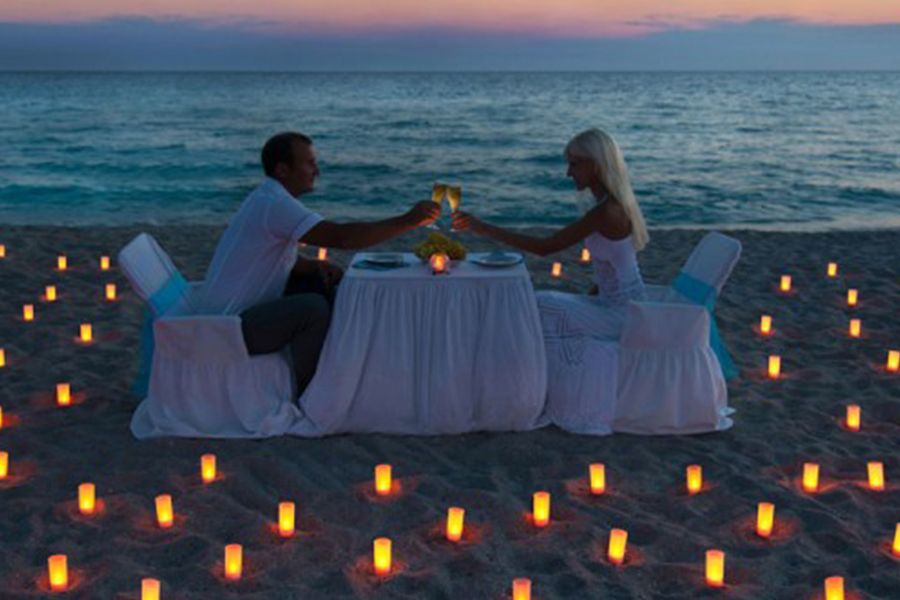 When you are vacationing in the lovely Andaman and Nicobar Islands with the love of your life, then make sure to include a romantic candlelight dinner in your plan. Havelock Island (now known as Swaraj Dweep officially) is the best destination for this memorable experience of your life. Known for its bewitching charm, Havelock Island is a treasure trove of lush green forests, pristine beaches, and an infinite sight of the ocean. That’s why, this island is popular among newlyweds. Every year, 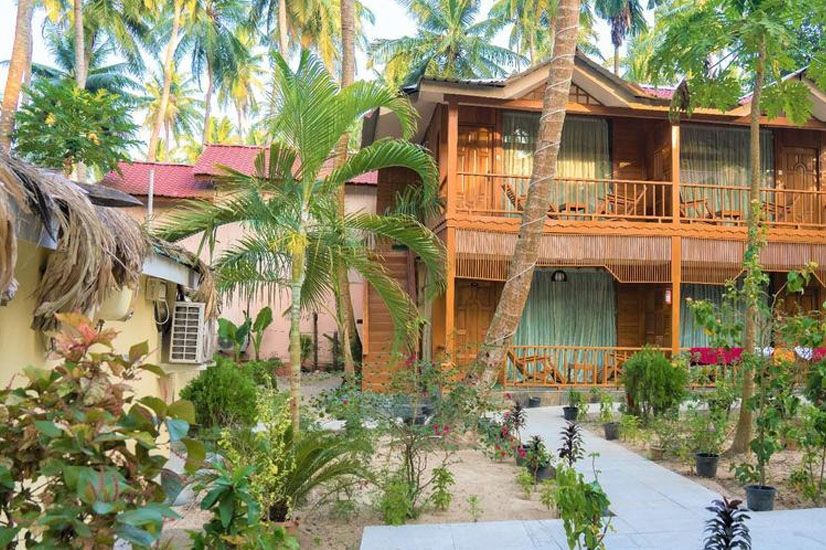 Beach vacations are always extra-special! Holidaying on a serene island is an extremely relaxing vacation idea and that’s why, whenever there is a chance, people love to travel to a beach destination. India has quite a long coastline and thus, is home to amazing beaches. However, its union territory, the Andaman and Nicobar Islands, has secured the topmost when it comes to vacationing on beaches.

An Indian archipelago in the Bay of Bengal, the Andaman Islands are popular for their palm-lined,